Summit attendees voted to see Wolf-PAC’s presentation on getting a U.S. Constitutional amendment and using the Article V process. 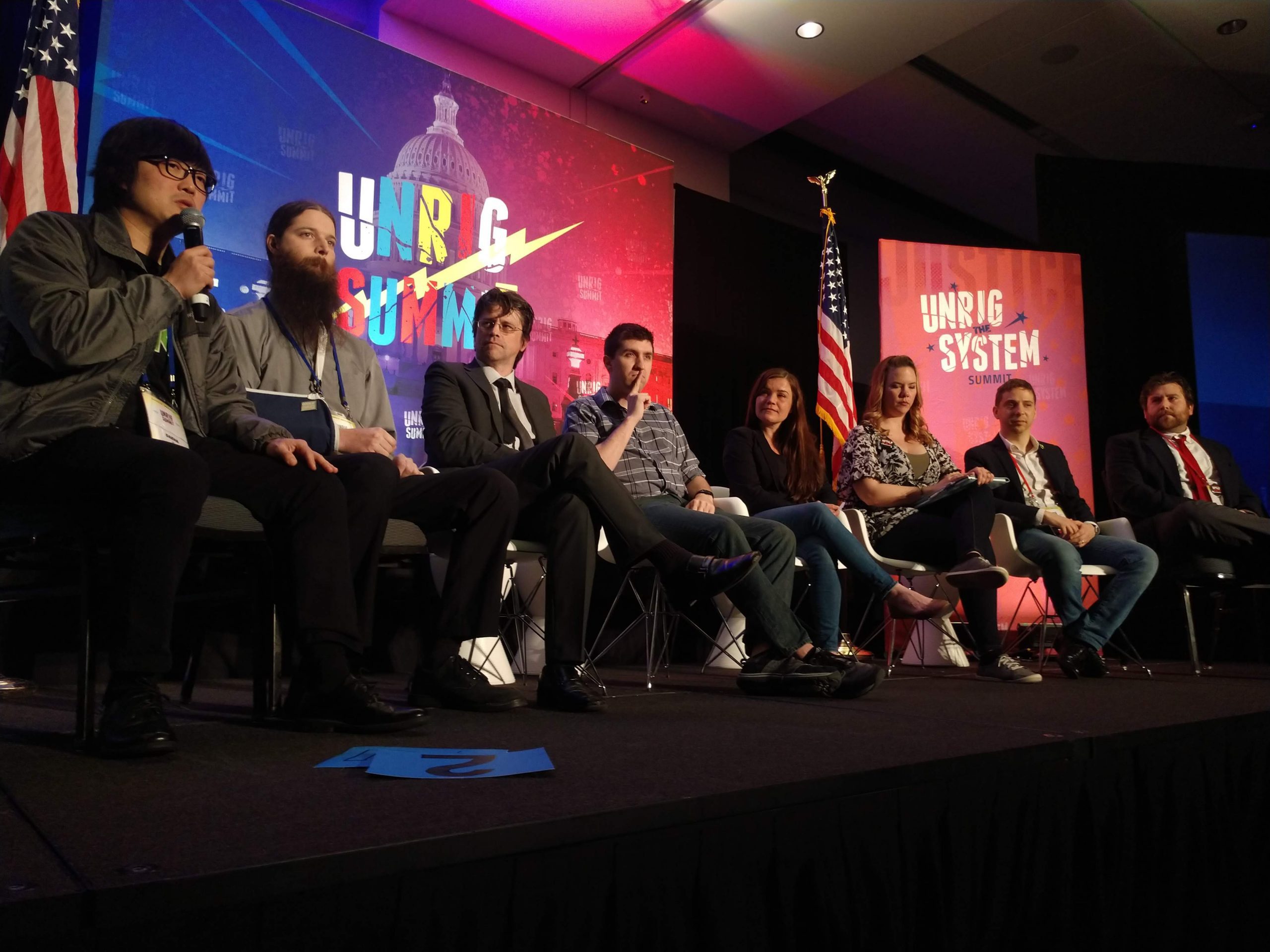 RepresentUs held its second Unrig Summit from Friday, March 29 to Sunday, March 31. The event brought more than 140 speakers and trainers, Congress members, and attendees from all 50 states together with the common goal of working to unrig America’s political system.

In addition to scheduled speakers and programming, the Summit also hosted a pop-up summit called the Unconference that allowed attendees the opportunity to design and lead their own programs. The Unconference, which took place on the final day of the Summit, was made up of entirely of “Soapbox” talks, workshops, and sessions created by those attending.  Potential presenters were given until Saturday afternoon to submit a pitch for a presentation. Pitches were then voted on by Summit attendees, and the sessions with the most votes were selected by organizers to present.

“Democracy in Jeopardy” was designed to be both fun and educational, according to its creators. The game show included elements of humor, along with well-researched information about why an amendment to the U.S. Constitution provides a lasting solution as well as how the Article V convention process works.

“We wanted this very heavy topic to have the element of fun that we have working together trying to fight it,” said Leah Lancaster, Wolf-PAC National Coordinator based in Tennessee.

The presentation, which lasted about an hour, included a game show with three contestants followed by a question and answer session. The team kept the audience engaged, getting several laughs for a commercial they created that parodied daytime television ads for erectile dysfunction treatment. In the parody commercial, K.C. Bondurant described “electile dysfunction” as a fatal disease with symptoms that include lack of representation and Congress viewing your (the average American) concerns as childish and impractical. He then outlined an amendment to the U.S. Constitution as the treatment.

During the question and answer session, audience members asked a variety of questions about what Wolf-PAC does and how the Article V process works. One audience member called the presentation “really enjoyable” as he asked the team to further explain how and why an Article V convention could be limited to a specific topic.

Overall, the team said their presentation was well-received, and they were pleased with the number of audience questions.

“We wanted to do something different – something that would stand out – and open it up to a Q&A forum to address the concerns people have about Article V,” said Matt Mazzola, Wolf-PAC Organizing Director for Massachusetts.