Add a 28th Amendment to the U.S. Constitution that will ensure the integrity of our elections and establish a government accountable to the people.

A U.S. Constitutional Amendment is the only solution that goes above Congress and the Supreme Court to restore the integrity of our elections, and will protect both state and federal reform.

There are only two ways to propose amendments to the U.S. Constitution:

Whether an amendment is proposed by Congress or a convention it must then be approved by 75% of the States (currently 38) before becoming part of the U.S. Constitution.

This incredibly high ratification threshold ensures that only the most bi-partisan, common sense proposals with widespread support among the American people will make it into the Constitution. 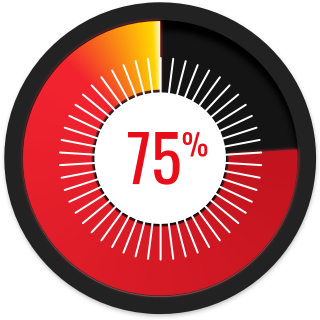 Since the Supreme Court has taken a wrecking ball to the wall of separation between wealth and state and Congress has been complicit, we are pursuing a Free and Fair Elections Amendment via the state-based convention route.​

in case our federal government ever became unresponsive to the people.

“no amendments of the proper kind would ever be obtained by the people, if the [federal] Government should become oppressive.”

That is why he advocated for, and the 1787 convention approved, giving Americans a way to propose amendments other than Congress. We are thankful for their foresight.

Using History as our Guide

More than half of all U.S. Constitutional Amendments
included an Article V convention campaign.

The 17th Amendment is the best example we have of a convention campaign effectively working to add an Amendment in the U.S. Constitution.

Until the early 1900s, U.S. Senators were appointed by the State Legislatures. This was widely seen as a form of corruption due to the disproportionate influence wealthy individuals & special interests had over the process.

The people responded to this overt corruption by using every tool of democracy available to them, including; petitions, local legislation, ballot referendums, educational campaigns, resolutions calling on Congress to propose a Constitutional Amendment, and finally applications for an Article V convention to propose an Amendment (referred to by the Congressional Research Service as the “prodding effect”).

When the Article V convention movement was just one state shy of the ⅔ needed to force a convention on this topic, Congress reacted by proposing an amendment for the direct election of U.S. Senators out to the states for ratification, resulting in the 17th Amendment to the U.S. Constitution.

Currently four States have passed resolutions applying for a limited convention under Article V to propose an amendment to the U.S. Constitution that will ensure the integrity of our elections.

Together, we will save true representative democracy for ourselves and future generations. The Wolf-PAC citizen army is growing all over the country. The time for action for is now. Get involved with your state team today!

Support the movement by donating, volunteering, or becoming a Wolf-PAC member today!