American voters are largely in favor of developing clean energy solutions, but special interests are preventing them from having a voice. 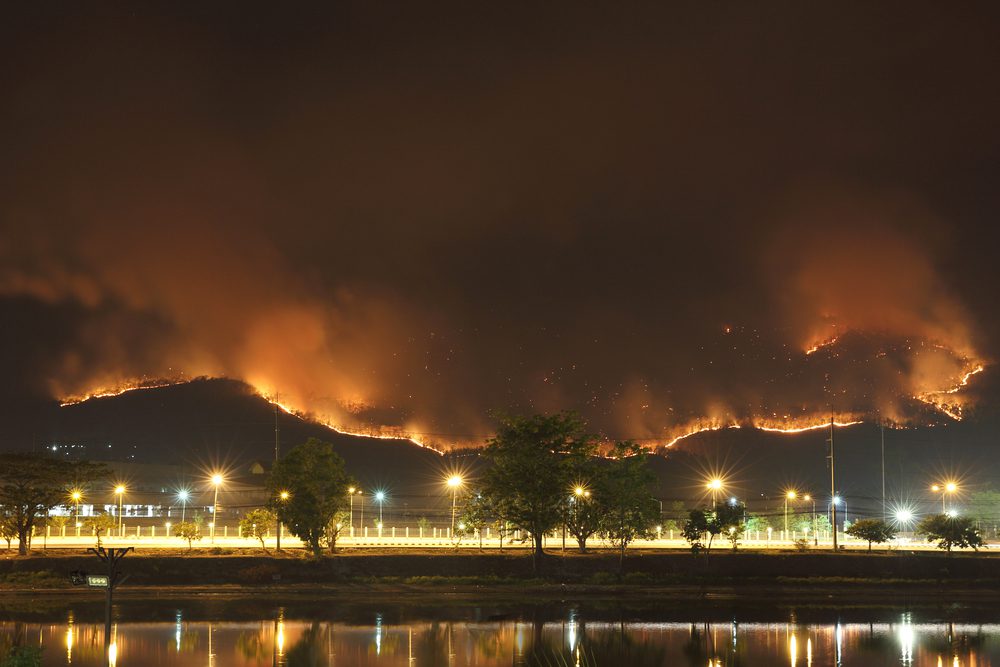 Wolf-PAC has one goal – restoring a United States government that represents its people. In order to accomplish this, we must remove the corrupting influence money has over our elected officials. We feel it’s our responsibility to call out any instance where the voices of special interests are drowning out those of average American citizens. Climate change is one such issue, and it isn’t something any of us can afford to ignore.

Scientists around the world have warned that not taking action will lead to devastation. In fact, a 2018 report by the UN Intergovernmental Panel on Climate Change (IPCC) concluded that we have just 12 years to make the changes necessary to try and prevent global warming from going beyond 1.5 degrees Celsius. If global temperatures get even half a degree higher, future droughts, flooding, extreme heat, and severe weather events could be significantly worse.

Americans are already hurting. People are being increasingly affected by major weather events – a result of a changing climate. The wildfires that devastated California this past November, killing at least 85 people in the Camp Fire alone and destroying thousands of acres of property, were brought on by warmer temperatures in the summer and a later start to the rainy season. Research has shown that climate change also played a role in creating stronger hurricanes, including Florence in North Carolina and Harvey in Texas, which caused devastation in their respective communities.

Voters want solutions that can help prevent future destruction. A recent national survey conducted by Citizens for Responsible Energy Solutions Forum (CRES Forum) and the Conservative Energy Network (CEN) found that voters across the political spectrum are in favor of developing and using clean energy in the United States. Another 2018 poll by Yale found that 70 percent of Americans recognize global warming is happening and 85 percent support funding research for renewable energy.

There is strong public support for policies, such as a transition to renewable energy and increased job opportunities, outlined in the Green New Deal, a proposed stimulus plan focusing on climate change and economic inequality. Survey results from the Yale Program on Climate Change Communication found strong bipartisan support for the Green New Deal among registered voters, with 92 percent of Democrats and 67 percent of Republicans saying they’re in favor of its policy goals.

But the fossil fuel industry continues to pour money into our elections, rigging the system in their favor and preventing a truly free market that could lead to innovative solutions. In the 2017-2018 election cycle alone, the oil and gas industries spent over $24 million in campaign donations to Congressional candidates, according to The Center for Responsive Politics. Recipients include both Democrats and Republicans.

Members of Congress who accept campaign donations from the oil and fossil fuel industry cannot remain unbiased when it comes to climate change legislation. One recent example of this is the statement made by Rep. Kathy Castor (D-Fla.), the new head of a House committee on climate change. She said she wouldn’t bar members who get fossil fuel industry donations from serving on the committee. Castor herself has received $73,276 from the energy and natural resources sector throughout the course of her political career.

Like campaign finance reform, addressing climate change will take a bipartisan effort. As Americans, we have a responsibility to get to a place where we can have a productive discussion about solutions – with input from both Democrats and Republicans. But we simply can’t do that until we remove the undue influence special interests have over our government.

The voices of average Americans – many of whom stand to face the threat of losing their homes – deserve to be heard. That’s why it’s so important for us all to work together in the fight for free and fair elections. In the case of climate change, American lives and livelihood may actually depend on it.