Back by popular demand, we’re playing Trial By Trolley, the hilarious party game of moral dilemmas and trolley murder from the minds of Cyanide & Happiness.

Trial by Trolley is a multiplayer game in which one player plays the conductor on a runaway train intent on killing anything in its path. Every player aside from the conductor must play cards and argue to the conductor and convince him to spare their lives and condemn everyone else to a gruesome death by trolley.

The trolley problem is a series of thought experiments in ethics and psychology, involving stylized ethical dilemmas of whether to sacrifice one person to save a larger number. Opinions on the ethics of each scenario turn out to be sensitive to details of the story that may seem immaterial to the abstract dilemma. The question of formulating a general principle that can account for the differing moral intuitions in the different variants of the story was dubbed the “trolley problem” in a 1976 philosophy paper by Judith Jarvis Thomson. 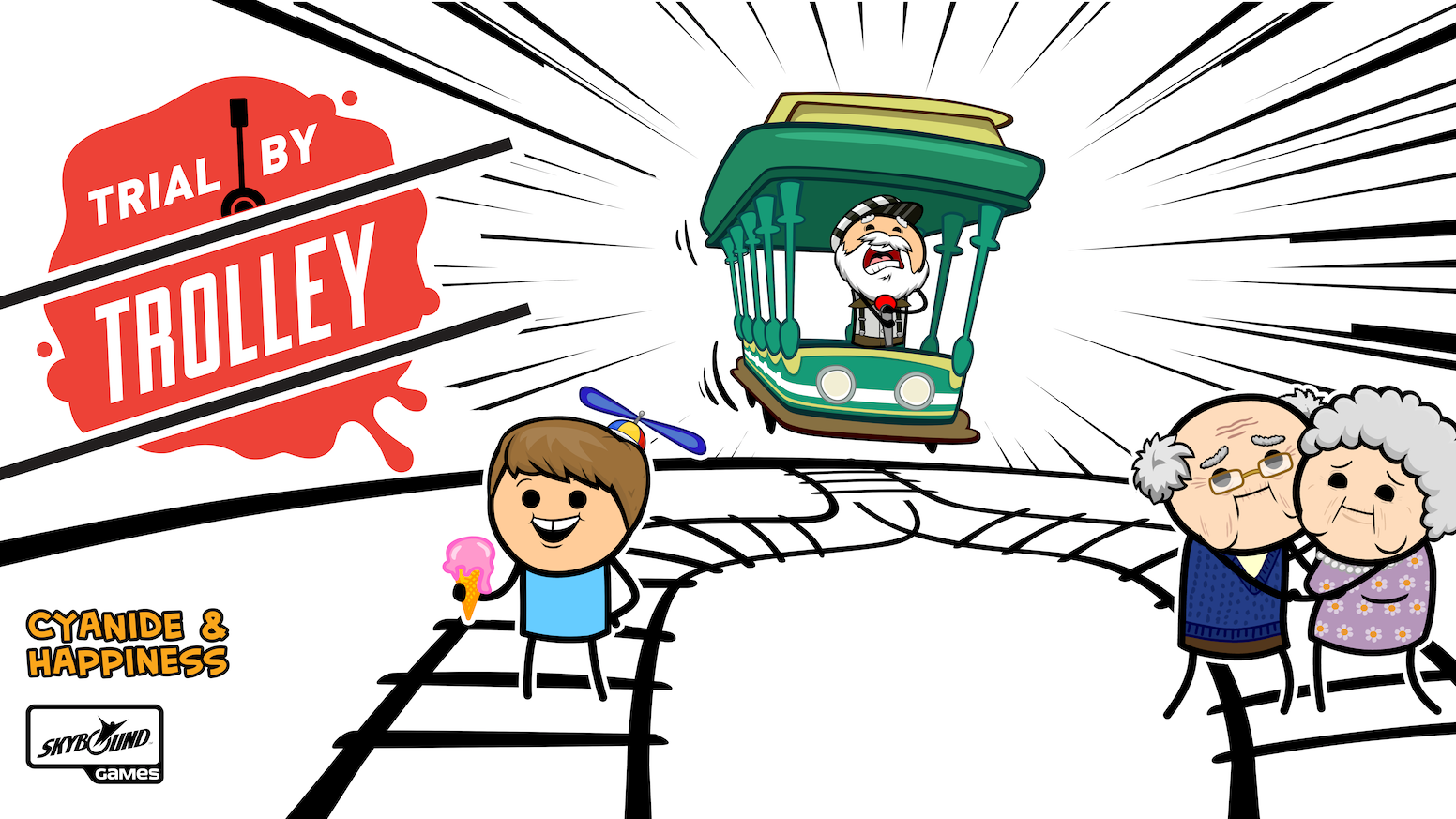