Our government serves the interests of the wealthy rather than the people as a whole for the simple fact that money has too great an influence in American elections. For over 10 years, we at Wolf-PAC have been working to fight this systemic corruption and, while we haven’t yet achieved our ultimate goal, we have learned one very important lesson. Our elected officials will never fix this system until an organized movement of people has the size and the power to make them.

The time has come to accept no more excuses. We know the work that needs to be done to grow this movement, organize the millions of Americans who suffer in a million different ways from this corrupt system, and win the change we need with our own hands. We know none of this will fundamentally change without your active participation.

Don’t wait. Sign up, get trained, and let’s do the work!

Your online ticket gives you the ability to:


If you don’t wish to enjoy the perks that an online ticket gives you, you will also have the option to watch the live stream for free. However, the live stream will not include any of the training, only panel discussions! The live stream links will appear on this page when the event starts.

Your Contribution will Make a Difference

There is no charge to attend and participate in Wolf-PAC's 2021 Virtual Warrior Workshop. However, this movement relies financially on the voluntary contributions of people like you. If this movement is to grow and achieve the size and power required to win the change we need, we need people like you to step up with what you can. If you would be willing to make a contribution in addition to your registration, it would be deeply appreciated.

Funds go directly to Wolf-PAC and the fight to end corruption. Funds will be used to expand staff and educate the public about the urgent need for a U.S. Constitutional Amendment to fix our corrupt campaign finance system and restore a truly representative government in America. 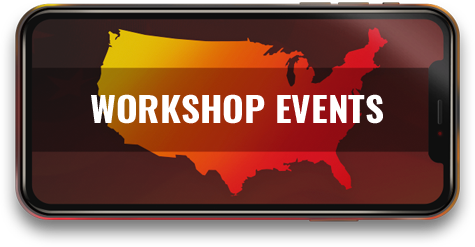 Building a Coalition that will WIN

Changing our government so that it works for the American People alone is a monumentally difficult task. Yet, through American history, great change has been won by massive unstoppable movements of people.

Join Professor Larry Lessig, godfather of the campaign finance reform movement, as he talks with former Democratic State Senator Nina Turner and former Republican State Senator Jim Rubens about building a coalition of people large enough to win the change we seek. What does that coalition look like, how do we build it, and how do we all work together? We're as excited to find out as you are.

Join Cenk Uygur, the founder of The Young Turks, Justice Democrats, and Wolf-PAC as he interviews inspirational leaders on the frontline. Hear why this is personal to them and why they are still committed to the fight. Cenk will be hosting an old school membership drive, auction, and raffle that we are calling the Wolf-a-Thon. Our goal is, not to save the Wolf-PAC we have been but the Wolf-PAC we are becoming! 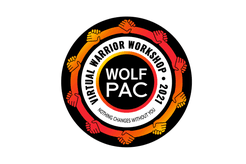 Join Wolf-PAC Leaders for some morning coffee and discuss the book No Shortcuts, Organizing for Power in the New Gilded Age by Dr. Jane F. McAlevey.

McAlevey, an experienced community, electoral, and labor organizer, presents a dozen case studies of unions and social movements seeking to effect change in the twenty-first century. As she analyzes each case, she identifies the reasons for the movement’s success or failure. This book investigates the reasons behind the recent failures of unions and lays out a way forward!

National Director Mike Monetta gives the State of the PAC – an overview of the five states that have passed in the last ten years and how things have slowed over the previous five years. Mike will also talk about what the Wolf-PAC volunteers are doing right now to create a bottom-up movement focused on building the power needed to WIN!

💪📈 An Introduction into Structure-based Organizing

Volunteer Leader David Abney of Wolf-PAC Arizona answers the questions, what is structure-based Organizing? How is it used, and in what context? Why are we learning about it together at this workshop?

Volunteer Leaders Gabe Vidal of Wolf-PAC Minnesota and Anita Schumacher of Wolf-PAC Washington lead us in the Identifying Leaders training. This training focuses on identifying leaders by understanding the difference between an organic leader and an activist.

Those who have tickets and registered for the workshop will be involved in this training! Join us in our breakout rooms for the Identifying Leaders exercise.

Take a break and get ready for the last two pieces of training of the day!

👩‍🏫📢 Semantics and the Words We Choose Training

Volunteer Leaders Erin Blackford of Wolf-PAC Indiana and Angela Jerome-Tuckner of Wolf-PAC Minnesota lead us in the Semantics and the Words We Choose Training. This training focuses on the specific words you use as an Organizer because they matter! Learn why using “you” versus “we” is essential and why this is important.

Those who have tickets and registered for the workshop will be involved in this training! Join us in our breakout rooms for the Semantics exercise.

Those who have tickets and registered for the workshop will be involved in this training! Join us in our breakout rooms for the 6 Step Structure-Based Organizing Conversation exercise.

Take a break and get ready for the rest of the workshop!

The volunteer Communications Team is responsible for creating content that helps Wolf-PAC get its message to the public. Learn about their work from their director and active team members, and find out how others with writing, editing, graphic design, project management, and video editing skills can join this crew.
Saturday
1:00PM – 2:00PM ET

💪🤩 Building a Coalition that will WIN

Join us for a power hour discussion about the importance of people power in creating real change. Hosted by Harvard Law, Professor Larry Lessig. Joining Lessig for this discussion are two amazing leaders, Nina Turner and Jim Rubens!

This power panel will discuss their experiences and perspective in their work and campaigns on building people power, what a winning coalition looks like, and how do you build solidarity among the many different communities when we’re more divided they ever before.

You don’t want to miss this!

Join us as we begin to wrap on the virtual workshop for the 1st ever Wolf-A-Thon hosted by Cenk Uygur. Cenk will be interviewing Volunteers to talk about why they joined, why we are still here and still fighting!

We have soooooooo many amazing volunteers I promise you do not want to miss these interviews. During this time Cenk will also be helping us hit our end-of-year fundraising goals. He will be reading out new members at random and will also call a new member live!

To end the night Cenk will close the auction and announce the winners. Then he will be hosting a member’s raffle/giveaway. Join us as Cenk spins a virtual wheel to give out free Wolf-PAC merch to supporting members.

🤷‍♂️❓ Two Truths and a Lie with Cenk Uygur

Cenk and four other people, ideally two of them being auction winners (https://go.rallyup.com/wolfpac-workshop21), will each be playing Two Truths and a Lie live! There is a twist as the game has been designed to also include audience participation. You don’t want to miss this, it’s sure to be a blast.
Saturday
4:00PM – 5:00PM ET

We are very upfront about how important it is to do the work needed to win. That doesn’t mean we can’t have fun in the process. During the pandemic, our amazing Volunteer Leaders started a virtual game night to help the Wolf-PAC community. They have been an absolute blast so we are bringing them to this workshop.

As you can see, we have a ton of exciting events for you. Get your ticket now to make sure you have the full experience and sense of community that comes from being "inside" the workshop. We look forward to seeing you soon!