In Meet the Donors: Does Money Talk? intrepid filmmaker Alexandra Pelosi (HBO’s Emmy-winning Journeys with George) takes viewers behind the scenes at top-dollar fundraisers and chats with dozens of ultra-rich mega-donors from both political parties to find out why they are pouring millions into the election.

Armed with her hand-held camera and a sense of humor, Alexandra Pelosi gains exclusive access to the donor class, and offers a peek into the lifestyles of the rich and political. Starting in New York City, arguably home to the most mega-donors and canapé-infused fundraisers, she drops into corner offices and cocktail soirees. Pelosi asks these billionaires and multi-millionaires about the extent of their contributions and giving philosophies.

She talks with other individuals about lobbying, corporations, unions and advocacy groups — collectively, the special-interest groups — that contribute millions to campaigns. Interviewees include: businessman Toby Neugebauer; former congressman and lobbyist Tom Downey; and former Mississippi governor-turned-lobbyist Haley Barbour. According to mega-donor Ian Simmons, special-interest groups spend around $3 billion a year on direct lobbying, with another $3 to $6 billion spent “trying to influence federal legislation.”

Finally, Pelosi visits donors with a far different agenda, who are raising money to get money out of politics. These include: Jonathan Soros, an advocate for Campaign Finance Reform, who feels America needs “a path for someone to run without relying on rich people”; Ben Cohen, a founder of Ben & Jerry’s ice cream; Hollywood executive Jeffrey Katzenberg; and former Republican congressman Tom Davis. 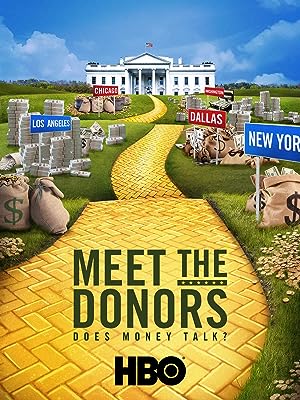