Over 250 people, including Cenk Uygur, Founder of Wolf-PAC, attended in support of the Memorial.

In Washington State, Wolf-PAC volunteers have been working hard for five years to become the 6th state calling for a limited Article V Convention to address campaign finance reform. On Friday, Feb. 22, the team had a big win. The Free and Fair Elections Memorial (SJM 8002) passed in the Senate committee on State Government, Tribal Relations, and Elections and will move on to the Rules Committee.

Supporters of SJM 8002 far outweighed the opposition at the hearing in Olympia, Wash. Out of over 250 attendees, only nine were listed on record as taking the con position. The rest were listed as being in favor of the Memorial.

Sen. Patty Kuderer (D) 48th District in Bellevue, Wash. opened the discussion by explaining why she introduced SJM 8002.“I have serious concerns about the corrupting influence of money in our democracy,” she said. Sen. Kuderer also emphasized that while people may be on opposing sides of various issues, everyone can agree that there’s a need for campaign finance reform. “When money is clearly the deciding factor, something is obviously broken. There is no free market of ideas, money can buy elections.” 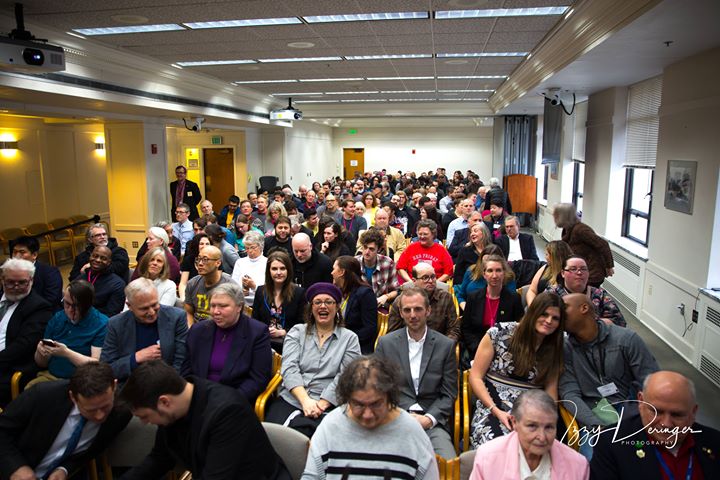 Wolf-PAC volunteers and Washington citizens filled the committee hearing in support of SJM 8002.

Several Wolf-PAC volunteers and other concerned citizens voiced their support of SJM 8002 in front of the committee. Testimonies included stories outlining the negative impact such corruption has had on people’s lives. Jeff Eidsness, a veteran Wolf-PAC volunteer and Washington resident, explained why he has shown up at hearings for five years.

“I’m retired. I could be doing anything, but I’m here doing this because you listen to us,” Eidsness told the State Senators.“[For] my entire adult life, I’ve been subject to the whims of the pharmaceutical industry, an industry that can just change on a whim how much they charge for my medicine. That’s why I do this – for my community and myself.” 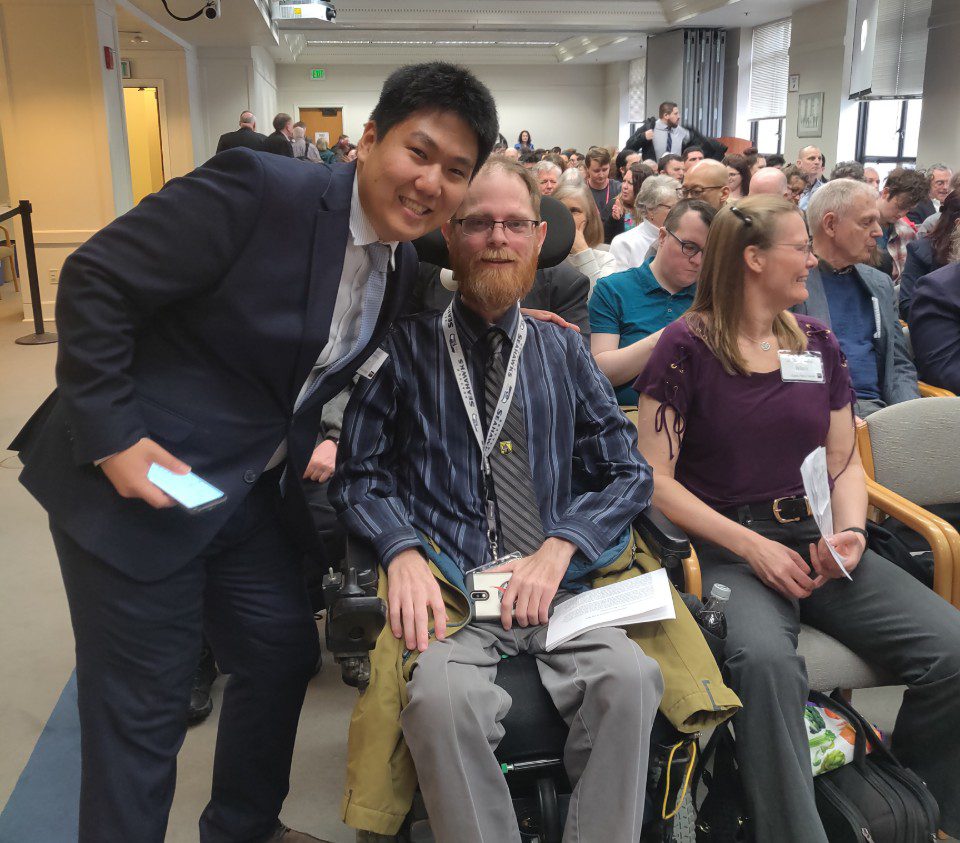 Many Wolf-PAC volunteers continue to show up at hearings and meet with state legislators because they believe that, unlike federal lawmakers, their state representatives still listen. This confidence in state legislators is something Cenk Uygur, Founder of Wolf-PAC and The Young Turks Network, echoed during his testimony.

“Democracy is real, and it’s at the state level,” he said.

Uygur also told the committee that he is in favor of both calling for a convention and asking Congress to propose an amendment, explaining that using more than one strategy “will create optimal pressure on Congress to act.”

Watch Uygur’s coverage on the hearing in the video below.

After hearing about an hour of testimonies concerning SJM 8002, the committee chair put the bill up for a vote. The motion to move the Memorial to the Rules Committee passed favorably.

Despite initially voicing concerns about SJM 8002 and clarifying that he’s unsure if he’ll support it on the Senate floor, Sen. Bob Hasegawa (D) went on record saying, “I will bow to the will of the people here,” as he voted in favor of moving the Memorial forward. He was immediately met with a round of applause from the room.

But, for Washington volunteers, there’s still work to be done. In order for the state to join Vermont, California, Illinois, New Jersey, and Rhode Island in calling for a limited Article V Convention to address campaign finance reform, the Memorial needs to pass the Senate floor and the House of Representatives.

“It’s going to be important now for us to show the Senators of Washington how much support exists within their districts for getting an amendment to rid our elections of big money’s undue influence,” said John Shen, Wolf-PAC National Legislative Director.